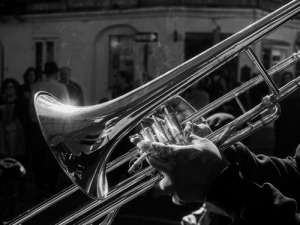 New Orleans history is rich and colorful. Mention the topic of Storyville and you won’t be disappointed by the amazing stories that still make their way around the city. Storyville was considered the red-light district in New Orleans from 1897 to 1917. This sixteen block portion of the city was set aside to allow freedom in the more risqué interests of the city.

Storyville, located near the train station, between the French Quarter and Interstate 10, made it a popular destination for people traveling through the area. Storyville was home to many popular parlors and brothels. Women like LuLu White ran successful businesses within the district. LuLu White owned one of the most famous sporting houses in Storyville, the Mahogany Hall.

The Mahogany Hall was an elegant, lavish house with stained glass, marble, and beautiful furnishings. Around 40 women worked at Mahogany Hall. Some of these women became famous. The four story house had five parlors and fifteen bedrooms. Each bedroom had a bathroom with cold and hot running water. Mahogany Hall was a remarkable home for the times, and many of the wealthy men of New Orleans were regular clients.

With the opening of sporting houses came the need for entertainment. Musicians were hired by the saloons, brothels, dance clubs, and other places to play the piano and sing. Storyville became a center for the exploration and growth of jazz. Some people believe that Storyville is the birthplace of jazz, but this isn’t historically correct.

While Storyville may not have given birth to jazz music, it certainly played a big part in the growth and spread of jazz throughout the country. As people traveled through Storyville, they took the love of the local jazz music with them when they left. Because of the less restrictive atmosphere of Storyville, musicians were allowed the freedom to explore and adapt jazz music to suit their unique styles.

One of the most well-known jazz musicians to come out of Storyville was Jelly Roll Morton. Born as Ferdinand LaMothe on October 20th of 1890, Jelly Roll Morton became a force in jazz music. The first jazz composition, Jelly Roll Blues, was published in 1915 and was composed by Morton. In fact, he often boasted that he was the inventor of jazz.

Known for his large ego and tendency to be arrogant didn’t make him many friends along the way. Morton remained a respected musician and went on from Storyville to have an amazing career as a musician. Jelly Roll Morton passed away on July 10th of 1941.

Helping to keep New Orleans history alive, The Storyville Centennial Project will have a birthday celebration in honor of Jelly Roll Morton. The event takes place on Saturday, October 18th. The celebration will take place at the Little Gem Saloon, located at 445 S. Rampart Street. There are two performances that day. One performance is at 7:00 PM and another is at 9:00 PM. Tickets are $15.00 in advance and $20.00 the day of the show. Tables can be reserved by calling the Little Gem Saloon. Evan Christopher and Don Vappie manage The Storyville Centennial Project. Evan Christopher is the ambassador of New Orleans clarinet. Don Vappie is a banjo and guitar virtuoso. They will debut the new ensemble at the Little Gem Saloon. Other members of the group are Kevin Louis on trumpet, Michael Watson on trombone, Kris Tokarski playing piano, and David Pulphus on bass.

The Storyville Centennial Project combines “Creole Jazz” with the idea of keeping New Orleans’ early jazz contemporary and creates incredible music from the traditional canon of New Orleans. Jelly Roll Morton is prominent in the narrative of the group. His part in the narrative makes the celebration of his birthday the perfect time to debut the new ensemble. Choosing the Little Gem Saloon was a wise choice because it also played a role in Storyville history.

New Orleans history celebrates its food, music, celebrations, and homes. There is nothing as true to the atmosphere of New Orleans as one of their historical homes. If you’re interested in learning more about the historic homes available for purchase in New Orleans, call The Mixon Group at 985-277-1063.

Want to see how much your New Orleans historical home is worth? Check our home value estimator.